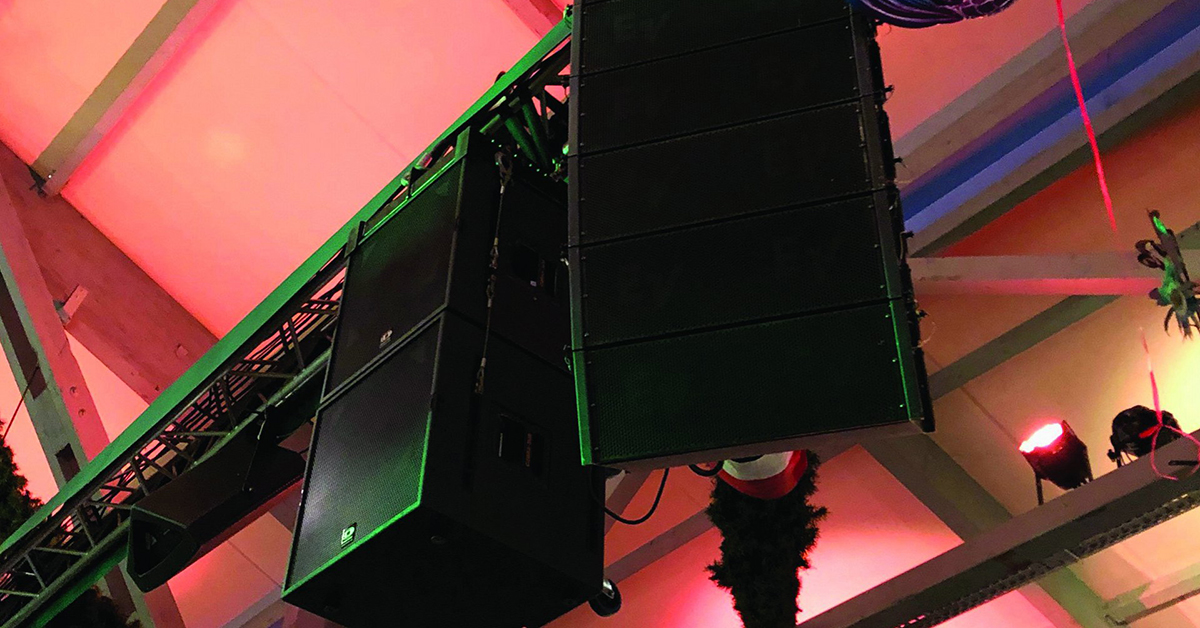 Upgraded sound on tap for Oktoberfest

Munich, Germany, December 2019 – Schottenhamel, one of the largest tents at Munich’s famous Oktoberfest and home to the legendary O’zapft is! ceremonial opening, upgraded its sound system for the 2019 event, turning to the combined benefits of Electro-Voice and Dynacord. Straubing-based rental company StereoMike Veranstaltungstechnik has been supplying the 9000-capacity space for around a decade, relying heavily on Dynacord equipment. This year, to meet a new challenge set by the tent’s owners, the company also brought in an XLD line-array loudspeaker system from Electro-Voice, while Dynacord IPX amplifiers were used to power the enhanced audio system.

Schottenhamel’s owners were happy with the great sound delivered by the previous all-Dynacord system, but for this year’s deployment they wanted to enhance the overall coverage within the 4800 square meter tent to ensure a higher level of intelligibility when the system volume was lowered to align with the Oktoberfest’s daytime loudness limit of 85 dB. To meet the challenge, StereoMike owner Michael Wittenzellner opted to increase the number of loudspeakers within the venue, adding four hangs of six Electro-Voice XLD line-array elements and distributing the Dynacord loudspeakers around the space.

“For the first time, we ran two 45 meter long trusses along the shorter sides of the tent, decorated to match Schottenhamel’s Bavarian aesthetics,” comments Wittenzellner. “This enabled us to install the XLD hangs and the Dynacord Cobra side fills at the optimal positions. The XLD line arrays deliver more powerful sound reproduction and longer throw in the main area compared to the Cobra systems that were deployed in previous years.

“Our solution to meet the challenge of the afternoon loudness restrictions was to install more speakers in the side areas and galleries,” he continues. “This allowed us to deliver clear coverage to every corner of the venue, even at low SPL levels.”

Dynacord VariLine loudspeakers covered the galleries along with DLite series two-way speakers that were used for the areas under the balconies. Additional Dynacord loudspeakers were deployed as delays to cover the lateral seating areas. Outside the tent, the 2200 square meter garden area was addressed as a separate zone covered by Dynacord D8 cabinets. Electro-Voice EVID loudspeakers catered to the ladies’ restrooms, allowing the volume to be increased to discourage phone calls whenever the queue grew too long.

The shift to Dynacord IPX10:8 amplifiers enhanced the results from the Cobra loudspeakers, demonstrably beyond what had been possible with the previous generation of amplifiers. For Schottenhamel, one of the major advantages was the eight-channel amplifier format, which meant that just four units were needed to drive the multiple zones under the tent, while onboard FIR-Drive processing optimized loudspeaker performance. Signal processing and zone allocation over a total of 32 channels was handled by two NetMax N8000 digital matrix controllers.

The combination of Electro-Voice loudspeakers with Dynacord electronics proved to be an effective solution for StereoMike, and the new concept for Schottenhamel’s sound system was equally successful, much to the delight of the tent’s officials. This was exemplified by the tent’s owner taking to the stage and praising the “awesome sound”.